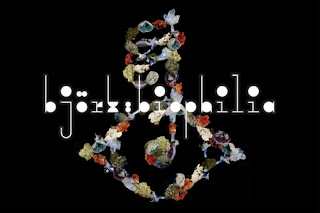 It looks like Bjork has been busy, and just to show the world she hasn't lost her touch for pushing the industry forward,  she is releasing her newest musical work as a complete album/application for iPhone and iPad.  In addition to stop motion videos,


Biophilia as a 3-D multimedia collaborative effort made possible through a large group of artists, scientists, designers and instrument building programmers.  Some notables are Scott Snibbe and Michael Gondry and M/M design in Paris who she has worked with many times before. Science Icon David Attenborough narrarates the opening introduction.

The listener is invited to wander through constellations in order to access Album art, games, notation, lyrics and music.  The interactive approach allows full multimedia immersion in the entirety of the ideal presented in the work, primarily How nature music and technology interact.   The album presents itself as an instrument to be played, toying with organic ideas exploring space and microscopic environments alike.  The games allow the listener to become involved in actually creating the music building rhythms chord structures out of the earth, and fighting mutating viral rhythms.  Then of course you can also just listen Bjorks above par music. In a world where pop artists try and try to be different but still make mediocre cookie cutter songs Bjork shows up and shows Mother Monster she has a lot to learn about being an artist.
Posted by Blanton Ross at August 17, 2011