How Does Radiohead Do it?

Radiohead is a special case in music. 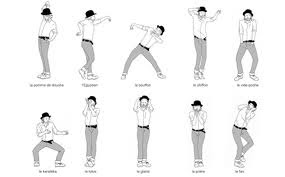 One day after their album "King of Limbs" came out, It had already taken its place crowning the internet top searches.  Millions of YouTube hits and hundreds of bloggers offered interpretations of lyrics, comparisons to previous albums, reposted and otherwise cashed in on the success it was destined for.  'The Robotanists' even went about making  a cover album of the newborn baby within the day.
Fans of Radiohead can't seem to get enough, conservative music listeners (the kind that listen to Top 40 radio) are eager to patiently listen to it and try to understand it, marveling in the evolution of the megagroup and relishing in how they (the listeners) are now "Artful" because of the new sounds they are privy to.  'King of Limbs' feels like something that you know shouldn't be alive but keeps looking at you in the face, very much existing.
Many hail "King of Limbs"as Experimental, yet it has become vastly popular with listeners who seem to have missed that memo decades ago re: The arrival of Experimental music. (Bjork, Sigur Ros, Autechre,  Lexaunculpt,  Hrvatski, Matmos, Venetian Snares, Boards of Canada,  IDM, the list is long). Many are quick to pigeon hole, or expect something else, be it the next level on the Experimental ladder, or a retreat back to the good sing-along Karma Police days.  I see it as a step on a obvious trajectory,  Radiohead has been on this path beyond cult ever since teaming up with producer Nigel Godrich for 'Ok Computer' back after they proved that they could be your everyday true rock band.
'Ok Computer' opened the door to the change that nobody was expecting. The jazz influence snuck in but carried on its back something far more whimsical: Ambiences, open song stuctures, electronic beats, layers upon layers, found woven through out anything Godrich touches.  'Kid A' and 'Amnesiac' dove deeper in the new electronic direction and everyone flipped out because 'Techno' was no longer the only electronic music. But truth be told the music to this day is very specific to Radiohead, it has always been specifically Radiohead and will continue to be characteristically Radiohead.
So let me get this out of my system once and for all.  If you think this new album "King of Limbs" is experimental go listen to Pierre Shaeffer and see where tape music came from,  if you want great pop music with noise overtones and actual depth Radiohead fits the bill.  I have to give props to them, Radiohead keeps opening the ears of those that are unaware of what is out there. Ok. so is not new, but it is very good and the more times I listen to it the deeper in I go.  In my humble opinion, this one hits the mark right where 'In Rainbows' missed... They have created a thick luscious environment,  hung on to instruments,  chopped up some live drums and put them back together.   My first impression is how old the music seems classic, retro like "Baba O'Riley" by The Who.  The textures though are far more complex,  back masking guitars, delay units, and feeding into that stumbling Art Blakey Jazz drum segments,  Living in poly-rhythms, colliding with this lounge exotica sleek swing thing.   And at the top everything delays like dub music fading into an atmosphere to set the stage for more and more looping offset to pretty much obscure the fact that this is thus far extremely minimal repetitive music in standard 4/4.   "Little by Little" sounds like a throwback to Nirvana back in their "Bleach" days,  however Radiohead is still very much there, amongst the whining and through all frequencies.