I witnessed Aronofsky's  Black Swan back before the turn of the year,  It was angled to be a psycho sexual thriller about ballerinas with some super human overtones, along the lines of transformation.  After a month of being a stage hand for Nutcracker after Nutcracker, one would think I had enough Tchaikovsky or even enough ballet for that matter.  However, because Of  Pi and Requiem for a Dream I had some extraordinarily high expectations for this one, and by my first impression I was not disappointed at all.

My tendency to judge films starting with the first frame was quickly annihilated by the long shot of a dancing ballerina that turned out to be Natalie Portman,  Her acting through out the movie continued to push boundaries and what impressed me most was her dedication and dancing as a ballerina.  Mila Kunis as the free spirited sexual dancer posed in a position between honest friend and rival for the glory of the Swan Queen was...well, Sexy.  Vincent Cassel also plays his role perfectly though I think his character merits some unfair judgment as the villain.  Winona Rider also delivers as the ousted former lead and serves well to cause no end to the angst of all involved.  The movie plays with psychology like clay,  Mirrors through out the story testify to changes real or imagined,  And truth hangs out in the edges to be viewed from a variety of visages.  Further twists in the story telling reveal, that the arch of the story line drifts out of a movie about competition in the world of ballet and deeper into the actual fable of Tchaikovsky Swan Lake.

Coming home after it was over had left me struck dumb.  Maybe it was the jerky camera movements the graphic nature of the story, tangles of fear,  sex, repression, Fingernails, the pace of the trajectory, the quality of the music, or the sound and picture in the Archlight Theater in Hollywood.  I was wobbly kneed when I walked out, lost between real and delusion.  I literally felt high when I left the theater,  Like I popped MDMA with the girls in the bar. The film most definitely got under my skin and got my adrenaline going.  I was weary to write this lest I ruin any sort of surprise for anyone who has not seen it. Truth of the matter is I think I know what happened but I'm not sure. I am going to have to watch this one again to fully comprehend the brilliance that went into it.   Probably the best new film I saw in 2010. Well worth a view.

I would also like to mention in post script the way the Europeans handled the Art Deco promotional posters,   Very nice... 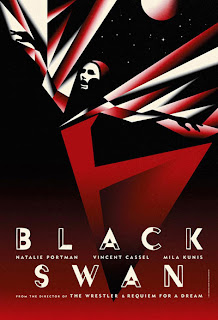 I thought Russian Constructivist or and then of the Nick Gaetano cover art for the Ayn Rand books.  Its really good stuff though.  Would to have loved to see this all over LA, really would have fit in over by Wilshire.  Some digging and you find out about LaBoca who this can be credited to.  So much good stuff out of the UK, but that deserves its own time and place. 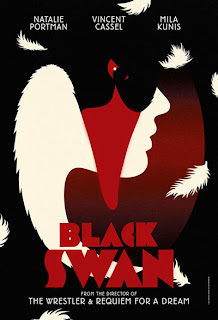 However the chips fall...
Bravo to all involved with every part of this living piece of art that is Black Swan.

Shine Little Star Shine: a quote to think about.

"Our deepest fear is not that we are inadequate. Our deepest fear is that we are powerful beyond measure. It is our light not our darkness that frightens us. We ask ourselves 'who am I to be brilliant, gorgeous, talented and fabulous?' Actually, who are you not to be? You are a child of God. Your playing small doesn't serve the world. There's nothing enlightened about shrinking so that other people won't feel insecure around you. We were born to make manifest the glory of God that is within us. It's not just in some of us; it’s in everyone. And as we let our own light shine, we unconsciously give other people permission to do the same. As we are liberated from our own fear, our presence automatically liberates others. " ~ Marianne Williamson 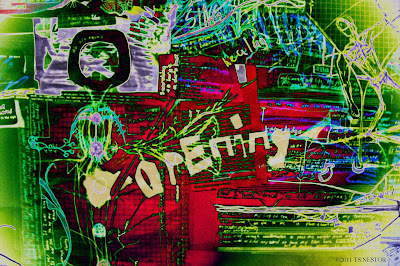