What Exactly Is Americana music? 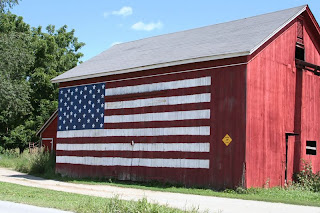 I think its time to face it...  Country music has failed us (at least the label).  There are a few artists trying to redeem the genre but most are just riding that horse into the ground.  One can see the trajectory, and our favorites are amongst the culprits as Country music mutated from Bill Monroe, Hank Williams,Woody Guthrie, and Carter Family, to Johnny Cash, Ray Price, Waylon Jennings, Dave Dudly, Merle Haggard, then Barbara Mandrell, Alabama,  George Strait, to Garth Brooks(We will just Pretend Chris Gaines never happened), Clint Black,  Shania Twain, Kenny Chesney, Keith Urban and then to Carrie Underwood and Taylor Swift.  Country has pushed towards rock ever since it was put on the radio,  and taken out of the hills and barns, Rockabilly,  the world influenced by Buddy holly,  and Elvis Presley,  It was a sign of the times the wash of the conglomerate on everything. Honky Tonk lead to Rhinestone Cowboys and disco slipped its hand into the faded blue jeans of the dance hall.  Popular means plastic despite the substance underneath.   The interesting paradox of the migration of the genre "Country" to the Viacom stereotype of pop music phenomenon (complete with rock guitars, highlit hair,  and perhaps a cowboy hat and an embroidered plaid)  has left many artists struggling for a way to label the music of the current underground (and soon to be very popular) movement returning to roots directions.

"Oh Brother Where Art Thou?" was perhaps the turning point where mainstream culture breathed a new breath of past into a young generation, resetting the trajectory at the mark. Some artists were there before but, only a small contingency of people were into it. I think the revival that injected the old bluegrass or hills blues soul back in a big commercial way hails back to the Coen Brothers who made that world relevant in a huge way.  The ripple has been spreading ever since spawning the birth of a huge contingency of artists  who are now creating western themed "Americana" Music, yet are having a hard time trying to define themselves, There seems to be this huge revival of Roots centered music,  as is supported by sites like No Depression,  and a random splattering of blogs.  It seems to be leaking out into the mass media and mainstream.  and becoming fashionable once again but we can't really call it "Country Music" anymore. The thousands of roots country variations unsure of what to call themselves have turned to labels like Roots Music, Americana,  Folk,  Alternative Country,  Insurgent Country, Folk Noir,   there is even a contingency advocating a genre called XXX after moonshine bottles of yore.  The greater harm here though is that "Country"seems to have been clamed by the Nashville camp, who redefined the genre with a steady evolution into bleached hair, designer clothes, pop rock music with a drawl etc. and somehow lost itself In the process.

It all goes back to Tin Pan Alley

Songwriters handing over songs to big name producers, producers polishing,  artists into the cookie cutter cutout of "What Sells." the remaining struggling CEOs pushing last ditch efforts to make sure their artists get the exposure on the last of the dying radio airwaves.  Since the 90s the distance between R&B Radio and country Radio has been growing smaller and smaller,  Granted there is still a difference,  I heard a country song that felt the need to claim it was country music lyrically because it was obscured in the timbre and production( i think it was called "This is a Country Song".   Songs like "I swear" by Baker & Myers pounded the charts in 1994 crossing genres and released by both John Micheal Montgomery and All-4-One. Take Townes Van Zant, writing from the rough he may just be considered folk though he wrote Pancho and Lefty which turned out to be a huge country hit in the hands of Willie Nelson and Merle Haggard.  but the Willie and Merle version is pretty electric. That should set the stage for where things are coming from and how they are sold.

Now that "Americana" is becoming popular, it is finding itself in a similar identity crisis as its older relative, "Country".  But to be fair,  Americana is a lot more ambiguous.  Technically all things made in america are "Americana".  Not really fair because hip-hop, jazz and blues have their own genre,  folk too i suppose is its own thing.  Furthermore there are a lot of European bands knocking on the door of the american sound and doing it well where america is faltering.  So the American sound, must captivate the american Pioneer spirit,  perhaps the popularity exists because economically we the hipsters like to think of now as our own great depression.  Perhaps we are hung up on the Idea of the wild west, outlaws and anarchy but that comes from the Italians.  Is "Americana" defined by instrumentation, using acoustics or sounding old?  No matter what we end up defining this as, It is happening, it is growing and it is a counter-cultural phenomenon.  It is also a repetition of the past and where the Noughts reminded us of the 80s, I am pretty sure we are gearing up for some mixture of this and 90s grunge for the Teens.  I would continue to speculate but I am interested to see how this plays out.
Posted by Blanton Ross at November 11, 2011