They Buried A Farmer Today

My Pa liked this, so I thought I would share it. 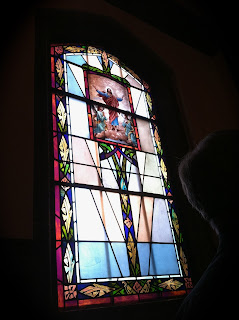 They buried a farmer today,
Gave him back to the dirt from which he came.
Earlier his family and neighbors walk by,
Looking at memories of a simple man’s life.
A table of photos, toy tractors and cards,
Telling the story of life on the farm.
There are the overalls he wore every day,
Except on Sunday, when he bowed his head to pray.
All things that kept him close to his roots.
Not born in a barn, but not far away,
From the fields where a boy learned how to play.
There are photos of his children and grandchildren, too,
And he and his wife, there are more than a few.
The smiles betray the hard times that he faced,
The worries and fears, the profits erased.
By weather and markets, out of his hands;
In the end, all he really had was his land.
The soil, the crops, and even the weeds,
To his way of thinking, that’s all he would need,
To take care of his family, and help them stay safe,
From a faster-paced world, not too far away.
A good life, a simple life, that’s what he led,
He’d struggled like most, but came out ahead.
And eventually, retirement, if ever a farmer could,
Stop worrying or working, but he did it, for good.
He enjoyed his last years, and made sure that he thanked,
The good Lord above for his life, and his land.
His time ended quickly, his loved ones in tears,
Hoping he knew what he meant to them all through the years.
Today they gather, to remember and pray,
About a simple man they loved, who was there every day.
Through joy and sorrow, laughter and pain,
He was there when they needed him, right up to the end.
Out to the cemetery, they carry him home,
To a small plot of land, just under a stone.
For they know he’s at peace, and praying for them,
As they stand on a slope, not far from his land.
The service now over, they leave him alone,
Knowing some day, he’ll greet them once more.
A dust cloud forms as the trucks drive away.
They buried a farmer today.
Jeff DeYoung

Once upon a time Apple made great products, tools on the cutting edge of creativity. Not so much anymore.  Today's iPhones are similar t...